A weekend away was exactly what we needed.

Admittedly I’d only just got back from turkey a few weeks ago but we wanted some quality time together, to make some memories and enjoy a bit of somewhere we had never been, so once I was back from turkey we booked a weekend away in a b&b in the Brecon Beacons. We used Booking.com– I love this site! We have never been let down by where we have stayed and occasionally you can pay on arrival, which is great if you need longer to save!

What started out as a great short break away we first stopped at a restaurant called Bare grills, anyone who lives within a 50 mile radius of Taunton you have to go! It was legit the best food I have had in a long time! Possibly our new favourite place to eat! And very reasonably priced!

After a trek along the motorway and a beautiful drive along the Brecon Beacons we arrived in a very well hidden and tiny b&b in Abercraf, it was stunning the house was very old country style with beams and skylights and a burning aga it really was beautiful- it was like my dream country cottage- after a quick pit stop to dump our stuff and show our faces we set off on our first adventure at the Henryhd falls (I think that’s how it’s spelt) the waterfall was actually featured in the film batman the dark knight rises. It really was incredible, the walk wasn’t easy but was totally worth it! We even managed to get in behind the waterfall! It was utterly breathtaking. Until some elderly man decided to strip off and walk around the waterfall.. we quickly walked away! Totally grossed out! 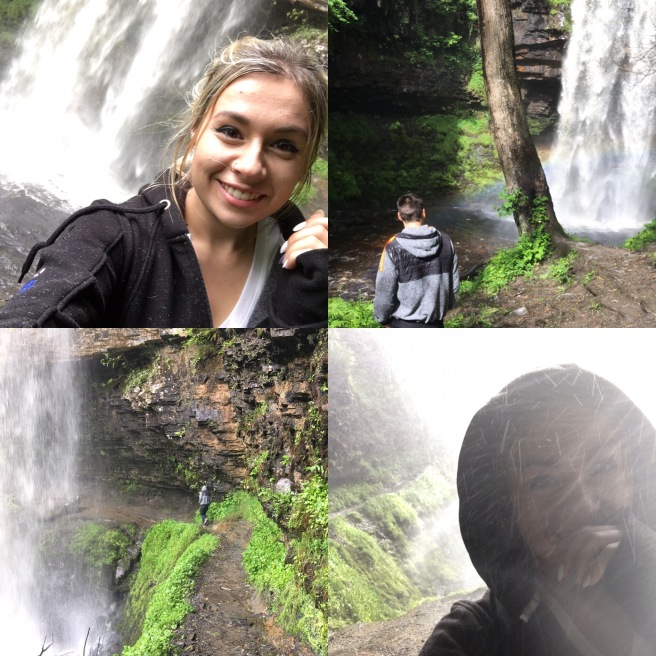 After finding a Tesco and having a picnic in the car for tea we headed back to the b&b and we’re utterly exhausted so we laid in bed watching gold rush eating strawberries and popcorn before passing out for the night.

The next day the weather was absolutely horrendous, we’re talking torrential rain! When driving we could barely see a couple yards in front! So that put a downer on the day after a lovely traditional full English breakfast (bye bye diet) we decided to head to Cardiff and do a bit of shopping until the rain atleast lightened.. it didn’t much so after tiring out our options in Cardiff we headed back to the b&b we went via Pen y fan with all hopes that maybe, just maybe it would be a little better there and we could walk to the top or atleast to corn du the first peak of the mountain. How wrong we’re we! It was even worse! So we headed back to the b&b when we arrived it had slowed off a bit so we had some dinner in a quiet little pub just off of one of the roads we travelled and then walked along the river that ran by the b&b, at this point we had gone a bit off course and ended on the top of a hill enjoying the beautiful yet wet view (no idea where we are discussing how we are going to get back)

So tom gets his wallet out? I mean really! I even said to him ‘what do you need that for you can’t buy anything here’ and with that he handed me a tiny little parcel wrapped in tissue and said I have something for you, slowly unwrapping it, with no clue what it is I got to the last fold and felt what could only be described of as a ring!!!

Now we’ve joked about getting married and engaged and I thought I had years to wait before he even considered asking me to marry him! How bloody wrong was I! With the biggest smile on his face he asks me to be his wife. 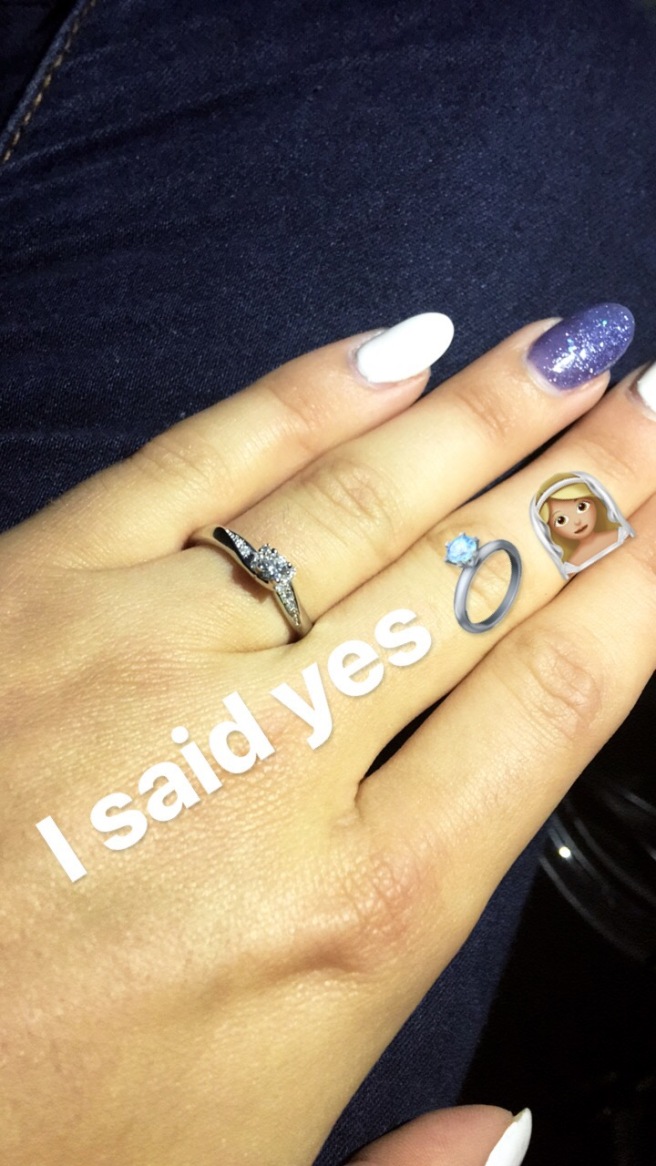 Of course I said yes! The happiest girl in the entire world! To be marrying my soul mate! The man that shown me how to love, the man who is my best friend and has taken on both me and Lincoln! My favourite person in the entire world (except Lincoln)

Also when we arrived home we had some really cute flowers with personalised flower pots made for us by our little dude! Homemade gifts are always the best.

All in all a perfect weekend

Mum of boys, Wife of a Farmer, Baker of all things tasty. View all posts by SomersetMum

3 thoughts on “Wales and wedding bells ”

When did my baby get so big?! Thankfully he still wants to be cuddled and snuggled and squished Also since when did my 4 year old learn to start taking random iPad photos
First time on the SUP board! I didn’t know how much I needed this!
Prince Brody 👑 was not a fan that he couldn’t throw his bowl and that he had to feed himself with a spoon 😂😂
Morning giggles with daddy 💙💙